Florence and its typical sweets

Quaresimali are the traditional Florentine biscuits prepared during the period of religious Lent: the time from Ash Wednesday to Easter, (40 weekdays) observed as a time of fasting in commemoration of Christ's fast in the wilderness. Quaresimali biscuits are popular all over the Italian territory, albeit with different methods of preparation. The dough of Tuscan biscuits is made from egg whites, sugar and cocoa powder and baked in the oven. The peculiarity of Quaresimali lies in their letter shape of the alphabet. 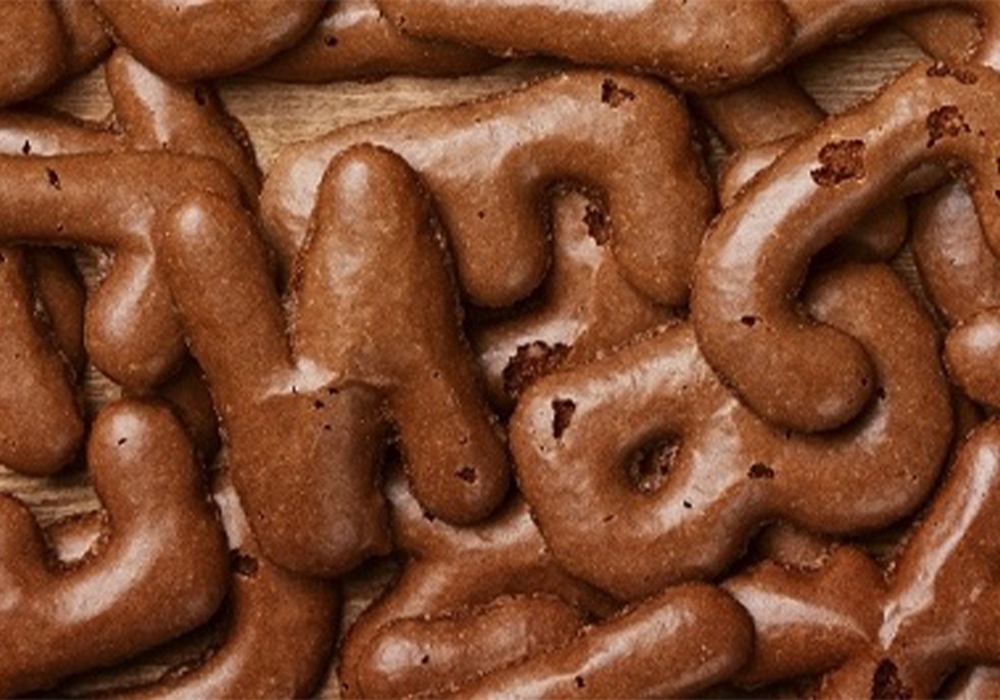 Schiacchiata alla Fiorentina, Florentine flat cake, is a typical of the Carnival period and realized with simple ingredients. The ancient version included the use of brewer's yeast, a double leavening and the addition of lard. To flavor the Florentine Schiacciata and give it the classic color, orange zest and juice are used. Today in pastry shops you can find it in two versions: the traditional one and filled with a layer of Chantilly cream and decorated with the symbol of the city: the Florentine lily. 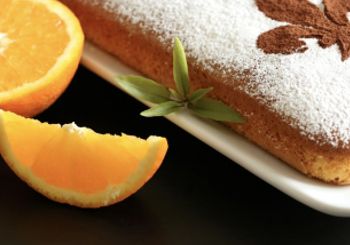 Schiacciata all'uva is a typical Florentine dessert, where it is called 'ciaccia'. It is a dish linked to the harvest period and to the great Tuscan wine tradition. The schiacciata is prepared with already leavened bread dough enriched with strictly black grapes which gives the cake a purple color. The traditional recipe, however, does not provide for the presence of sugar in the dough, but the addition of fennel seeds before putting everything in the oven. Sweet but not too sweet, just like Pan di Ramerino and Castagnaccio.

Originally Pan di Ramerino was found for sale in Florentine ovens only on the day of Holy Thursday, already blessed by the parish priests of the area. Today, Pan di Ramerino can be found on sale even at other times of the year. The Ramerino bread is leavened for about an hour and then cooked until the oil with which it has been previously brushed (with a sprig of fresh rosemary) does not give it the typical burnished color and shiny on the surface. The appearance looks like a small circular loaf with a cross-cut that serves to promote leavening. 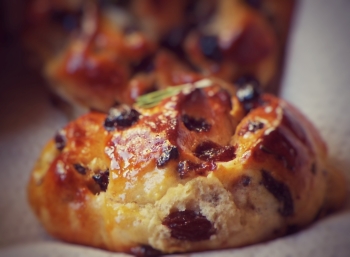 Castagnaccio is a typical Tuscan recipe based on flour and chestnuts. It has a strong flavor, thanks to the strength of chestnuts and the presence of rosemary, even if attenuated by the sweetness of the raisins and the softness of the pine nuts. Here too the original recipe did not include the use of sugar which is now almost always used. A perfect alternative for those who are gluten intolerant and do not contain dairy products, eggs, and butter. 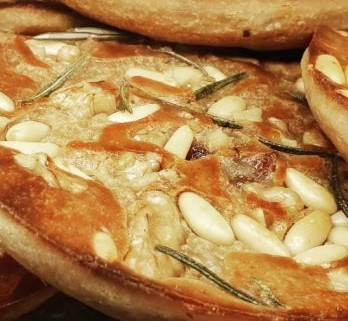